[Verse 2: Kanye West]
They smile in my face is what I don't like
They steal your whole sound, that's a soundbite
The media crucify me like they did Christ
They want to find me not breathin' like they found Mike
A girl'll run her mouth only out of spite
But I never hit a woman never in my life
I was in too deep like Mekhi Phifer
In that pussy so deep I could have drowned twice
Rose gold Jesus piece with the brown ice
Eatin' good, vegetarian with the brown rice
Girls kissing girls, cause it's hot, right?
But unless they use a strap-on then they not dykes
They ain't about that life, they ain't about that life
We hanging out that window it's about to be a Suge night
Free Bump J, real nigga for life
Shoutout to Derrick Rose, man that nigga nice
Shout out to L-E-P, Jay Boogie right?
Chief Keef, King Louie, this is Chi, right?

[Verse 3: Chief Keef]
Fake Gucci, that's that shit I don't like
Smoking on this dope, higher than a kite
This bitch gon' love me now, she gon' let me pipe
Screaming Sosa, that's that nigga that I like
I don't want relations, I just want one night
Cause a thirsty bitch, that's the shit that I don't like
I got tats up on my arm, cause this shit is life
And I spend on a bunch of clothes, cause I'm livin' life
I come up on the scene, and I'm stealin' light
Bitch I'm high off life, got me feeling right
Bitch I'm Chief Keef, fuck who don't like
And bitch we GBE, we just gon' cite

[Verse 4: Big Sean]
We are not one and the same, nigga I'm fucking insane, fuck is you saying?
Yo ass been doin' the same, shit, not doing what you saying
Dang, I told yo old bitch she was fucking a lame, turn one ho to a train
Blow, blang, my niggas holding that pain, I just hope you been praying
Bang bang, riding for my niggas and that's for life
High class, I'm just surrounded by these low-lifes
And I run this bitch like it's no lights, going hard the whole night
Cause I ain't goin' back to my old life, I promise

[Verse 5: Jadakiss]
I done sold purple, I done sold white
Running outta work, that's that shit I don't like
She never let me hit it, she gave me dome twice
She blowing up my phone, that's that bitch I don't like
Nah, jean jacket with the sleeves cut
Put the pressure on 'em just when they think that I eased up
Thirty for the Cuban, 'nother 30 for the Jesus
Believe in ourselves when nobody else believed us, suckas 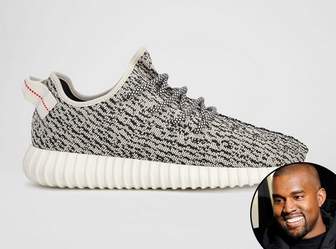