[Verse 1: Kanye West]
This Ye, nigga
Shoppin' for the winter and it’s just May, nigga
Ball so hard, man, this shit cray, nigga
And you ain't gettin' money 'less you got eight figures
For that Jesus piece, man, I've been saved, nigga
Just talked to Farrakhan, that's sensei, nigga
Told him I've been on timbs since the 10th grade, nigga
Got a middle finger longer than Dikembe, my nigga, uh
I don't let 'em play with me
I don't let 'em talk to me no kind of way
Uh, they better watch what they say to me
Niggas still gettin' popped on the day to day
Yeah, I still got the hundred with the small face, nigga
Might spend 50 racks on my off day, nigga
You a fake Denzel like the Allstate nigga
If you run into me, better have Allstate with yah
You a Rico Suave nigga
Ride 'round listen to Sade, nigga
If you ain't with us, you in our way, nigga
You an actor, you should be on Broadway, nigga
Cause you do shit the broad way, nigga
Your bitch got a ass, but my broad way thicker
Late for the class, in the hallway, nigga
Yeah, the dropout at it as always, nigga, as always
All day, nigga

[Verse 2: Kanye West]
I could do this all day, boy, I'm finna turn this bitch out
They need that Ye in the streets, boy, there's been a motherfucking drought
Don't really matter what I make, boy, you know I still go wild
Like a light skinned slave, boy, we in the mothafuckin' house
Right now, you lookin' real sus right now
I swear I've been on this flight like a month right now
Stupid niggas gettin' money, Forrest Gump right now
Shout-out to Jackie Chan, I need to stunt right now
They've been lookin' at the Gram, I've been lookin' at the Grammys
Like, huh, that's us right now
24/7, 365 days, everybody gettin' paid
Niggas lookin' at me like I'm worth both MJs
People saying, "Ye, Ye, take it easy"
20 Gs for the Yeezys off of eBay
Niggas do the most and they ain't done shit
Only way I can sum it up, son bitch

[Bridge: Theophilius London]
(Hands up, hands up)
So won't you d..

[Verse: Kendrick Lamar]
All day hoe, my neck look sweeter than parfait hoe
Rap Derek Jeter in a red two seater
I can throw this dick from far away hoe
Pussy, pussy, ask me how long do it take to be the greatest
I'm the broadway hoe, pussy, pussy
Damn Kanye never will I be safe, bitch I already know
Pussy, pussy, 24/7 365 days everybody gettin' paid
Nigga lookin' at me like I'm worth both MJ's
Chitown, PJ all of BJ
Chitown, we play for the freebase
These days, don't believe what police say
DJ's and the B-boys run shit
Only way I can sum it up, son of a bitch
Talkin’ big face nigga
Put yo ass back in pocket like a switchblade nigga, uh
I ain’t tryna play nigga 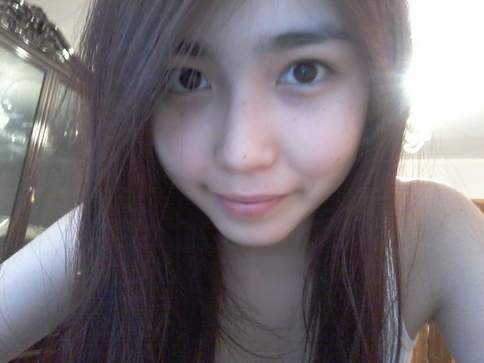